Spring 2019 was not the most hospitable season for dirt biking but with two days of dry weather forecast and a traditionally quick-draining ride park, the race marshall decided to push ahead with Soles In Motion-NSORRA Hare Scramble 2 at Hiltz Road Ride Park on Sunday, June 9.

Gift certificates, a race helmet giveaway, lobster raffles and dirtbike racing were all part of the Hiltz Road Hare Scramble 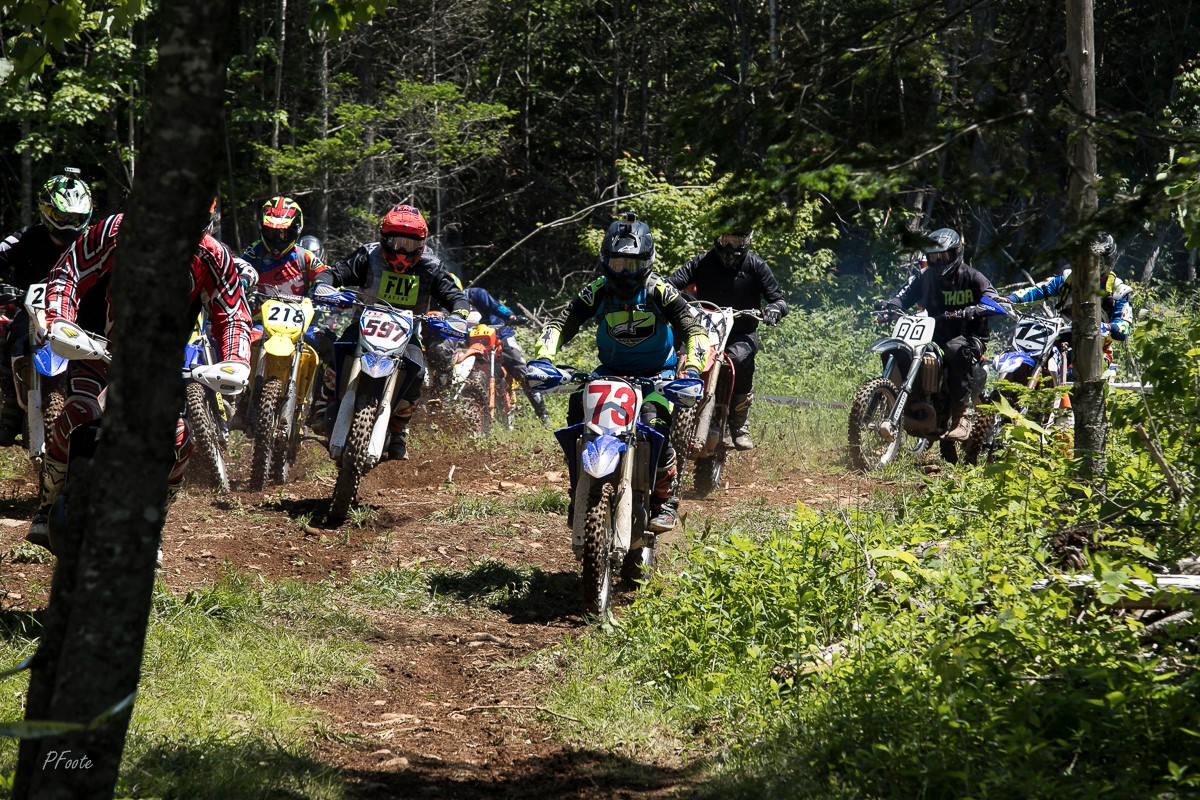 The NSORRA Registration and Timing and Scoring tents were set up followed by Sponsor tents for Soles In Motion and Shore Cycle. Soon after, the riders meeting for the morning classes was held and the Peewees were off! They were followed by School Kid and Super Mini in the early morning timeslot. Mid-morning classes included Women, Junior, Plus 25 and Vintage followed.

While the afternoon classes lined up to start, the morning awards were presented along with two $150 Soles In Motion gift certificates drawn by Chris Estabrooks. Next up was Sean Cardinell from Shore Cycle with a draw for a helmet won by Jordan Peck. In a last-minute surprise, two lobster draws for eight lobsters each were done by rider (and lobster fisherman) Herb Harnish, who generously donated 32 lobsters as an NSORRA fundraiser with $340 raised for the organization. Four happy people left with lobster feeds for the evening!

By the time the afternoon classes rolled around, the trail was quite muddy which resulted is some pretty dirty riders coming around each lap. Though the trail was not in its best shape by the end, there were only a few DNFs from the event.

The day finished off with awards for Intermediate, Plus 40 and Expert and with another gift certificate from Soles In Motion and two more lobster draws. A tiring day for all but we were happy to complete our second hare scramble.

May thanks to landowner David Lacey who is one of our biggest supporters. We will be working with David on upgrades to the Hiltz Road Ride Park including possible trail hardening.

Results from the Soles In Motion - NSORRA Hare Scramble #2 - Hiltz Road can be found here. 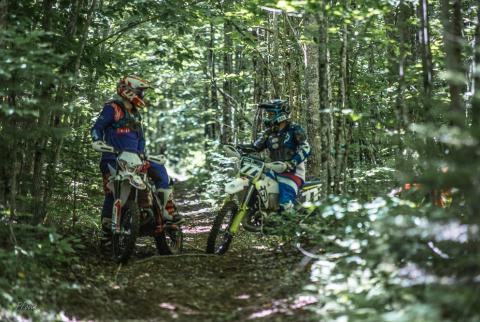 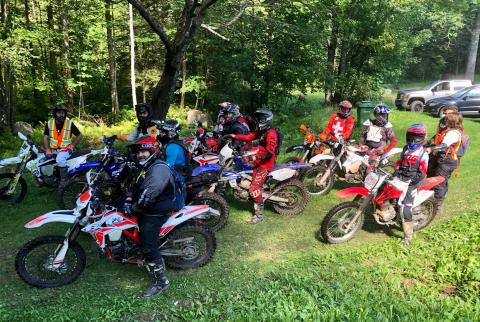