Each year, the NSORRA Board works to come up with great events for our members – from hare scrambles, to training to rec rides to special events.

That’s step one in the process. The next is the question about how we are going to pay for this programming. Fortunately, we have sponsors who believe in us and our members and who come forward to assist us financially to make things happen. 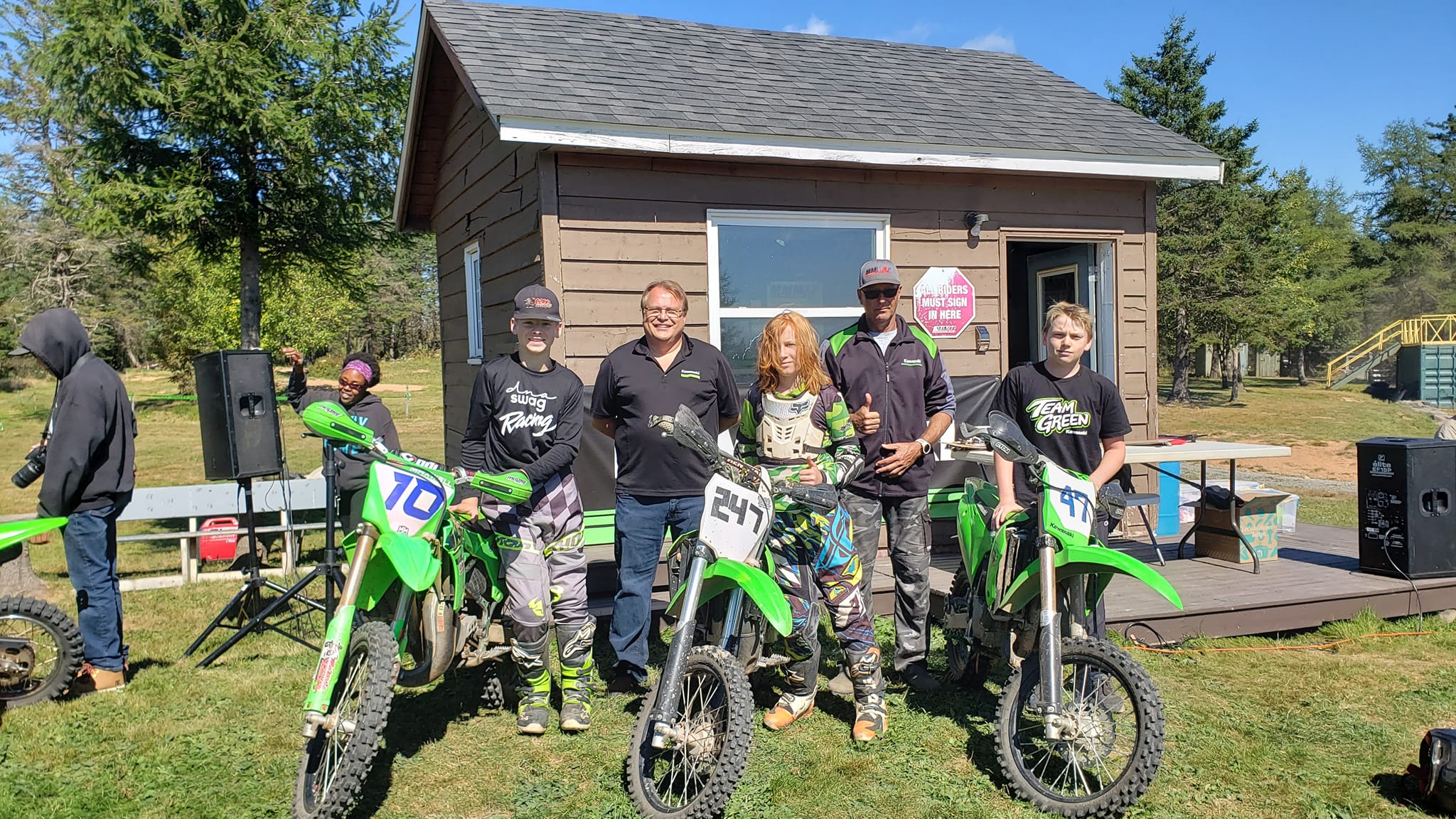 Returning in 2022 at the top of our list was title sponsor Canadian Kawasaki Motors. Their funding allows us to set the hare scramble series in place. The series is a big draw for our members who want to challenge themselves on varied terrain courses.

Following close behind is Jen Estabrooks and Soles In Motion. Jen and her team have been supporters of NSORRA for many years and are always there to support the association.

We kicked off the season in June will the Weekend at Mill Hill. GOLD SPONSOR Valley Yamaha-Suzuki’s Kirk Long teamed up with landowner Blaine Prest to sponsor the weekend’s events including the Drive to Ride and Women In Moto events.

Shore Cycle and Marine came in as a GOLD sponsor and sponsored the South Alton Scramble. Fred and Cathy are fun to have at our events. Their goal seems to be to make sure everyone has at LEAST one hot dog and drink. I think they probably achieved their goal while fundraising for Marijke Nel and her #conquestforcancer.

When it comes to the scrambles, everyone is familiar with GOLD sponsor Truro Motorsports. Randy McLeod donated the prized red holeshot t-shirts this year that were awarded to winners. 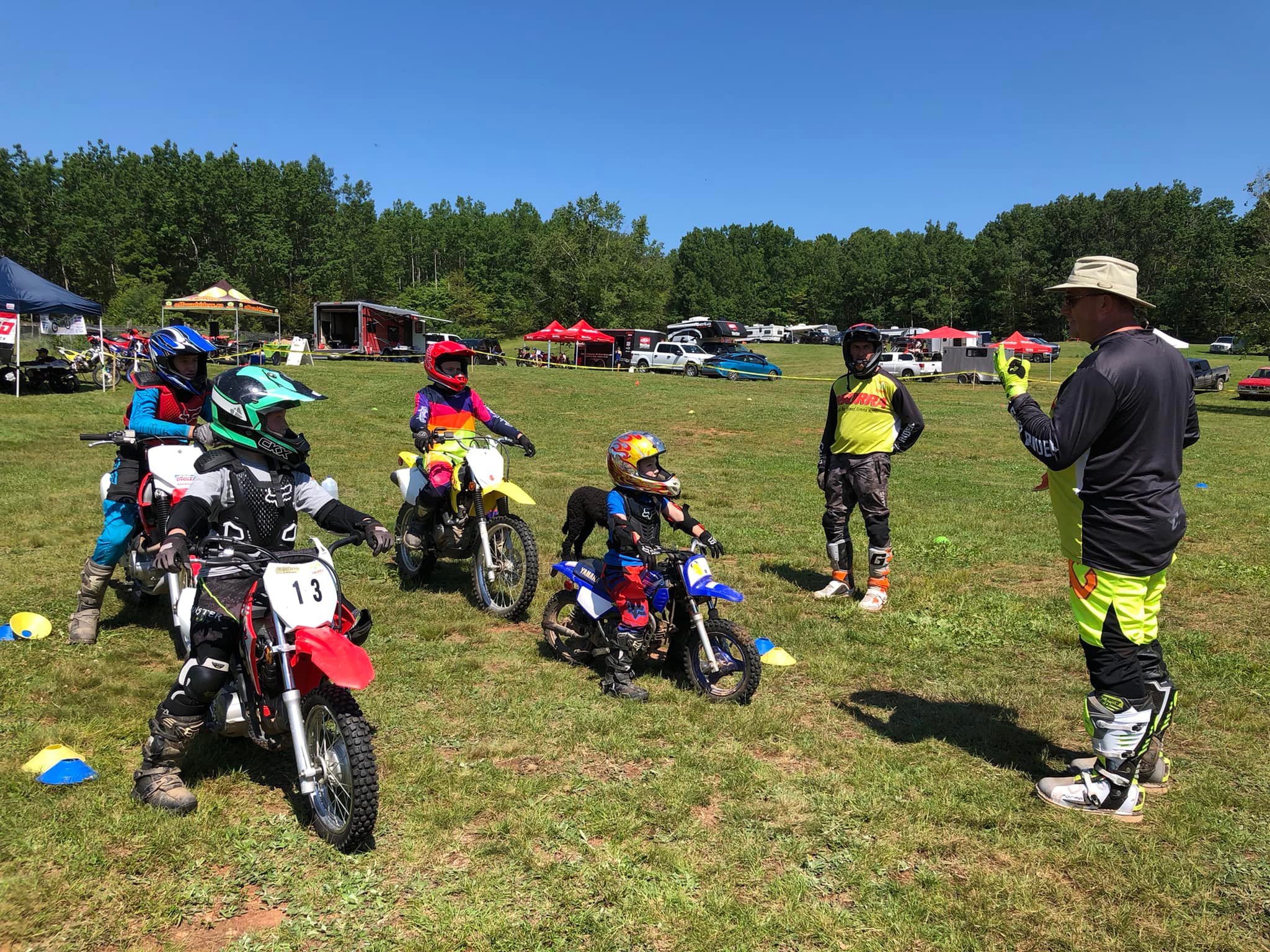 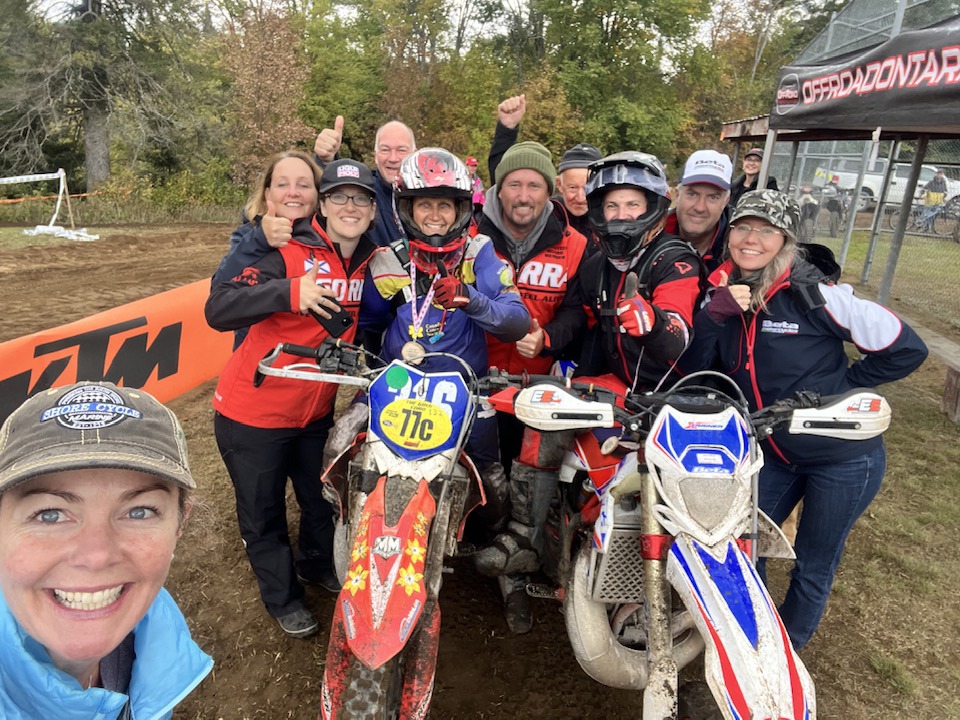 Beta at the Cord with Marijke

Beta Canada stepped into a GOLD sponsor position this season. Many thanks to Stephen Howland who sponsored NSORRA both on the race side and on the Recreational Ride series. Stephen and Beta Canada were also crucial to the success of Marijke Nel at The Corduroy. Beta support for NSORRA continues to be outstanding.

Liberty CC has also returned as a GOLD sponsor. Though time was not on our side for planning special events with them, they continue to support NSORRA. We are working with them during the off season for bike clinics at their shop and Women In Moto events, hopefully early next season.

Stuart Buck of Triple S Cycle Works is our superstar SILVER sponsor. If there is anything he can do to support NSORRA and dirt bike riders, he is there! From clearing trails to attending events and even acting as a sweep rider, we could always count on Stuart and his team to lend a hand.

Pro Cycle joined us as a SILVER sponsor this season. We missed them on site but they are always great to have a chat with at their store.

Our newest SILVER sponsor is Jungle Jim’s – Bayers Lake. And how did that happen, you may ask? Well it just happens that owner Bruce Skinner signed up on one of Josh Kelly’s first NSORRA dirt bike courses. He enjoyed it so much, he decided to jump on board with sponsorship!

Freedom Cycle also returned to us this season as a BRONZE sponsor.

We also have several other Scramble sponsors who we’d like to thank. The Sled Shed, 509 Offroad, Zoom Cleaning Products, Kwik Kopy Halifax and Callus Moto. 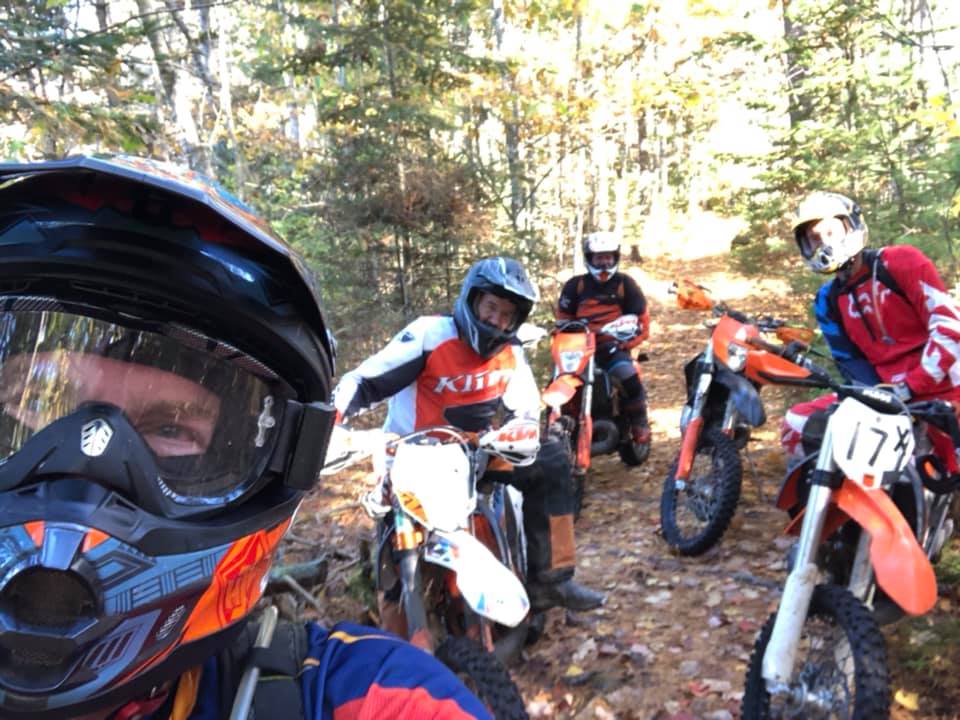 We would not have been able to put on our events without all the financial support from these sponsors. We ask all of our members to support these organizations that support us. 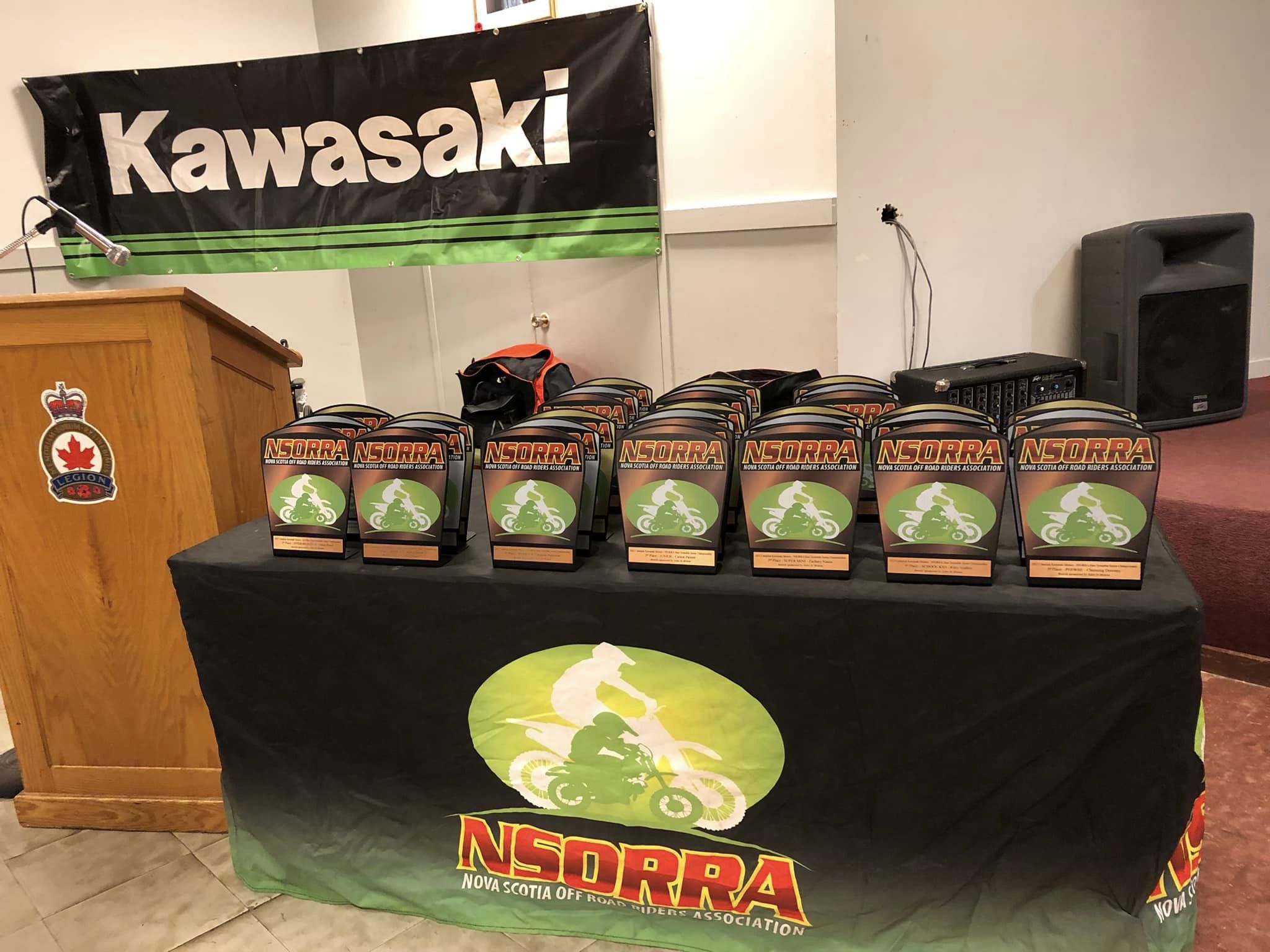 We are very proud to say that our members are key NSORRA sponsors as well. Perennial member Shereef Elkoshairi and The Reef Group joined us with a BRONZE sponsorship in 2022 because he’s just a great guy who wanted to show his support!

When it came time to redesign our scramble trophies, NSORRA member Justin Lewis and his company, Protocase Inc., stepped up and volunteered. The trophies were outstanding and much appreciated by our members.

This year we recognized Kynock Resources and NSORRA member Brent Pottle as GOLD sponsors. What can we say about this guy and his company? When we NEEDED somewhere to plant our dirt bike school, Brent answered the call. And he and Kynock Resources continue to support the NSORRA dirt bike school every step of the way. We had record-breaking training numbers this season. Thanks to Kynock’s support, we are growing the onsite challenges so that we can offer advanced skills for those who want to develop higher level skills. Thank you, Brent!

We can’t forget our funding partners that ensure our parks are maintained and assist us with our staffing needs.

Finally, our landowners work with NSORRA to ensure there are ride areas available for our youth and all NSORRA members. They offer their land for events and even to support each other so that NSORRA can run its programming. THANK YOU!

A huge shout out to:

Thank You, ALL! We couldn’t have done it without you! 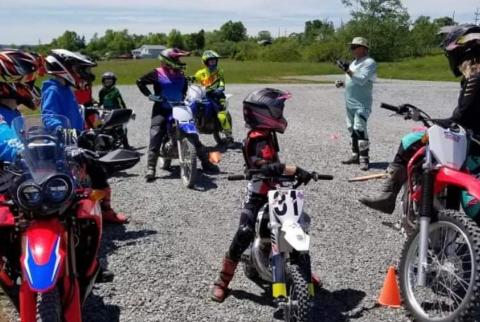 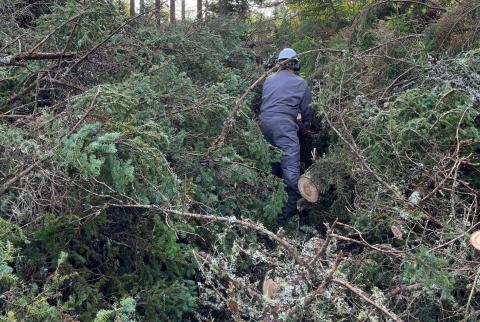