This race featured an amazing course by our trail crew, and we couldn't have ordered better weather.

The second round of the NSORRA Hare Scramble Championship Series was held on June 17, 2018 at Mill Hill MX.  Sunny skies brought out another great turnout of riders and we saw a total of 120 participants, and the day included our first ever complete Women’s Class with 4 riders.  Many thanks to all the Volunteers who made the day possible.  Blaine Prest of Mill Hill MX put in a lot of hours on his track loader to ensure that the trails were in tip top condition and made the job of Course Director David Tobin and Race Director Craig Cairns an easy one.  The weekend did see a total of 17 overnight campers at the Park and this is a trend we would love to see continue!

Now, for the bad news.  As many may already know, the Timing System suffered an irreversible error during the Junior/Novice/Women’s Race.  Someone tripped over the power cord for the Timing System which caused the entire network to fail and therefore after the Red Flag no lap times were able to be electronically scored.  The manual timing sheets were also less than accurate because of a lack of Timing Volunteers and the amount of Riders going through the gate at the same time.  We’re sure that the placing’s are correct – but we will entertain protests for an additional 24 hours.

The next round will be held at Craigmore Creek in Cape Breton on July 22, 2018.  At this round we would like to request that spectators refrain from moving behind the timing tent to ensure that we do not encounter an error like we had at Mill Hill.

Pursuant to Rule 5.8 of the 2018 NSORRA Hare Scramble Rule Book:

5.8. Results not posted at the event must be posted on the NSORRA web Site and contain contact information for filing a protest. The method of publishing results must be announced at the event riders’ meeting. The protest period shall be 24 hours after receipt of results and may be made by telephone, fax or email. A copy of all protests must be sent to the NSORRA at the same time. No fee is required. The organizer must advise the NSORRA of the results of any protests within 48 hours of the protest deadline.

Here's a video with some highlights of the race 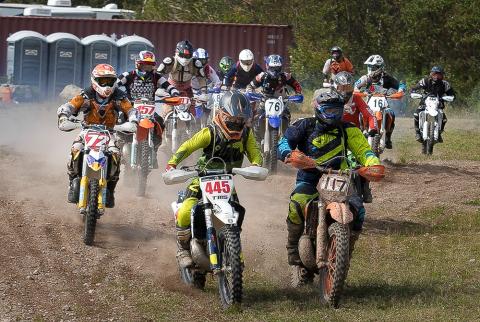 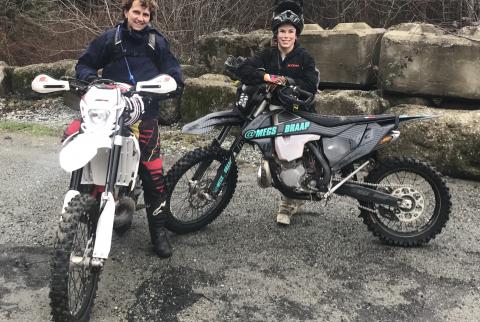