What a year it has been!

Who knew when we held our wrap-up event last season that we would endure another year of COVID, and still be wearing masks and using copious amounts of hand sanitizer!

Preplanning at its best

We had a good start to 2021. Five hare scrambles were scheduled. We introduced new classes:

Canadian Kawasaki Motors returned as title sponsor and Soles In Motion as our awards sponsor. Perfect Powder Coating joined the top echelon of sponsors. Other sponsors began to step up, too. Things looked promising.

Then another wave of COVID hit and everything was put on hold…again.

We delayed our June Drive to Ride and our first hare scramble. Then we heard that Miller Meadow had been sold. We hoped for the best but it just didn’t work out. We cancelled the Miller Meadow scramble so we were down to four scrambles for 2021. 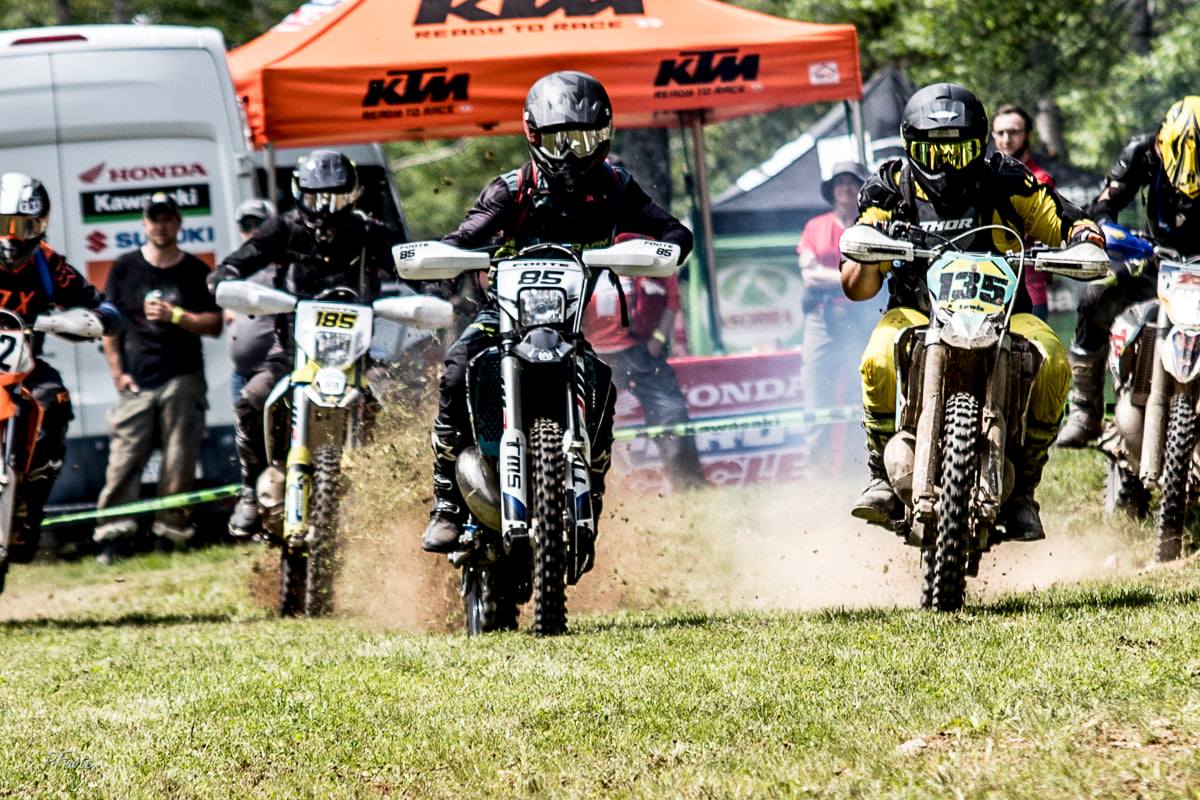 We kicked off our Canadian Kawasaki Motors hare scramble season on July 25 with Pro Cycle Scramble 1 at South Alton. We broke the record for participants at this location with 121 racers. This included 10 in the Expert class!

Round 2 was an early trip to Cape Breton and the much anticipated Thistle Hurt scramble and enduro put on by Herb and Sharon Harnish. We had 108 participants. Big news at this one? 10 competitors in the Peewee class with four of them being girls! One of our goals is to grow female participation in the sport and this is definitely a good start.

Scramble 3 at Craigmore was sponsored by Beta Canada, and attracted 114 competitors including 12 in Expert. This scramble happened because of the hard trail work put into the site by volunteers lead by NSORRA President Josh Kelly after the landowner’s planned tree harvest in late spring.

We ended the season on October 2nd with 107 participants at Hiltz Road with Shore Cycle as scramble sponsor. The ever-popular annual Shore Cycle barbecue raised almost $500 for The Portal, a local homeless youth shelter in the Valley.

This year, we had 173 unique racers making up a total of 450 competitors over the four hare scrambles for an average of 113 competitors per scramble. 52 of these racers competing in all four races. 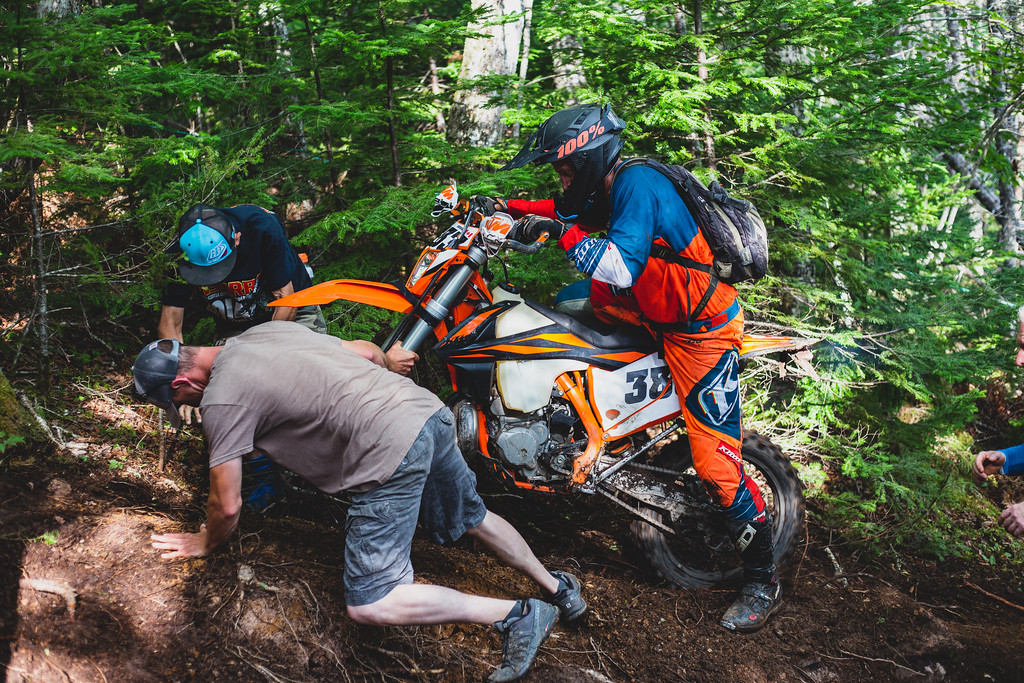 Thanks to the Volunteers!

These races wouldn’t have happened without volunteers clearing the trails, setting up the scramble courses, handling registration, volunteering in timing and scoring, acting as sweepers and of course the NS Ski Patrol members who came out to support the events.

And the Award goes to… 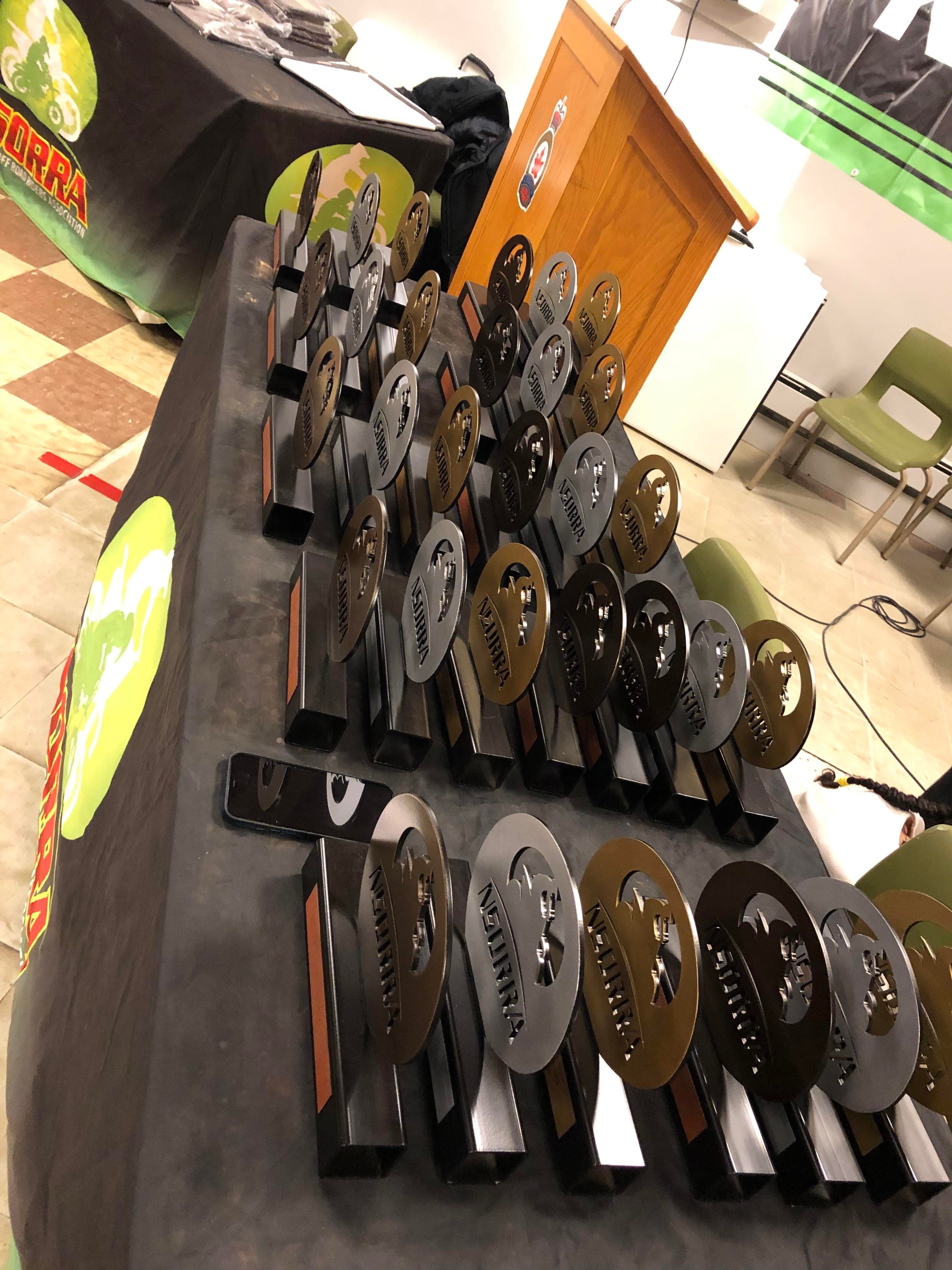 In 2018, Owen Reynolds placed third in Peewee in the scramble series and received his trophy at that year end awards event. Unfortunately, Owen’s trophy was lost in a fire that took his family’s home. On behalf of the association, we presented Owen with a replacement trophy. It’s not the same as the original, but we hope it will be just as meaningful. 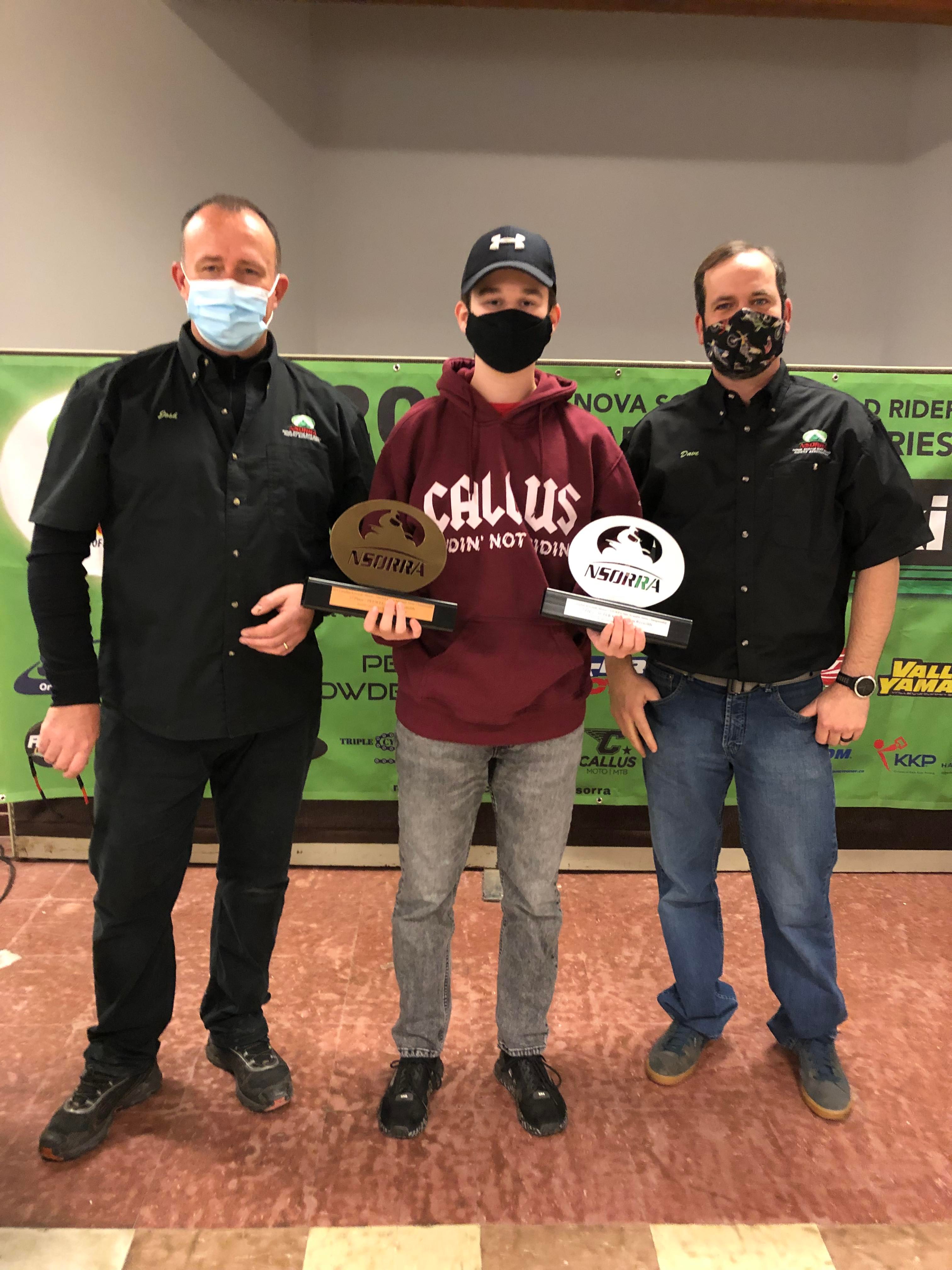 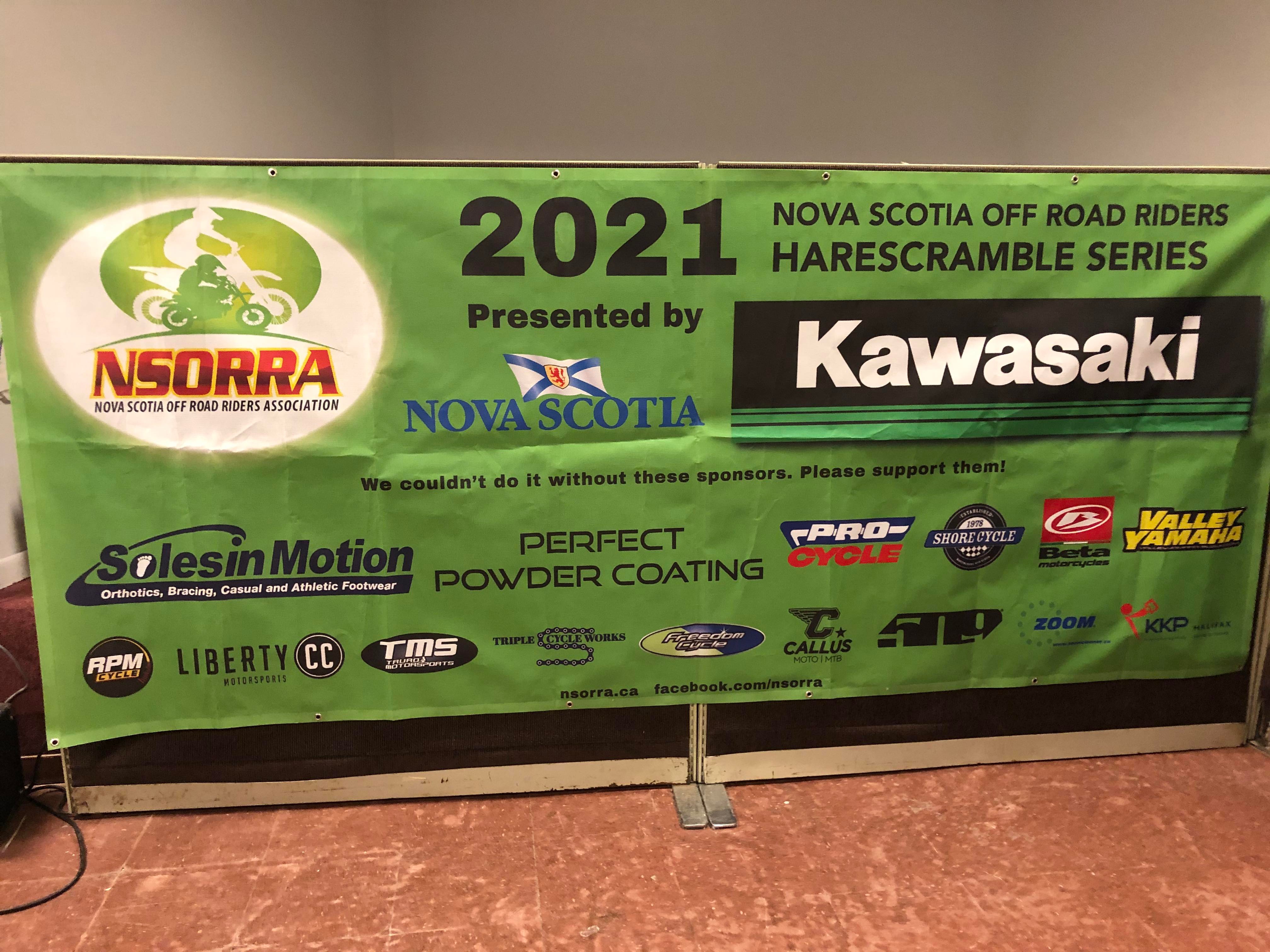 All NSORRA Bucks winners are reminded to visit our sponsors to spend their Bucks before they expire on December 31, 2021.

They can be cashed in at: 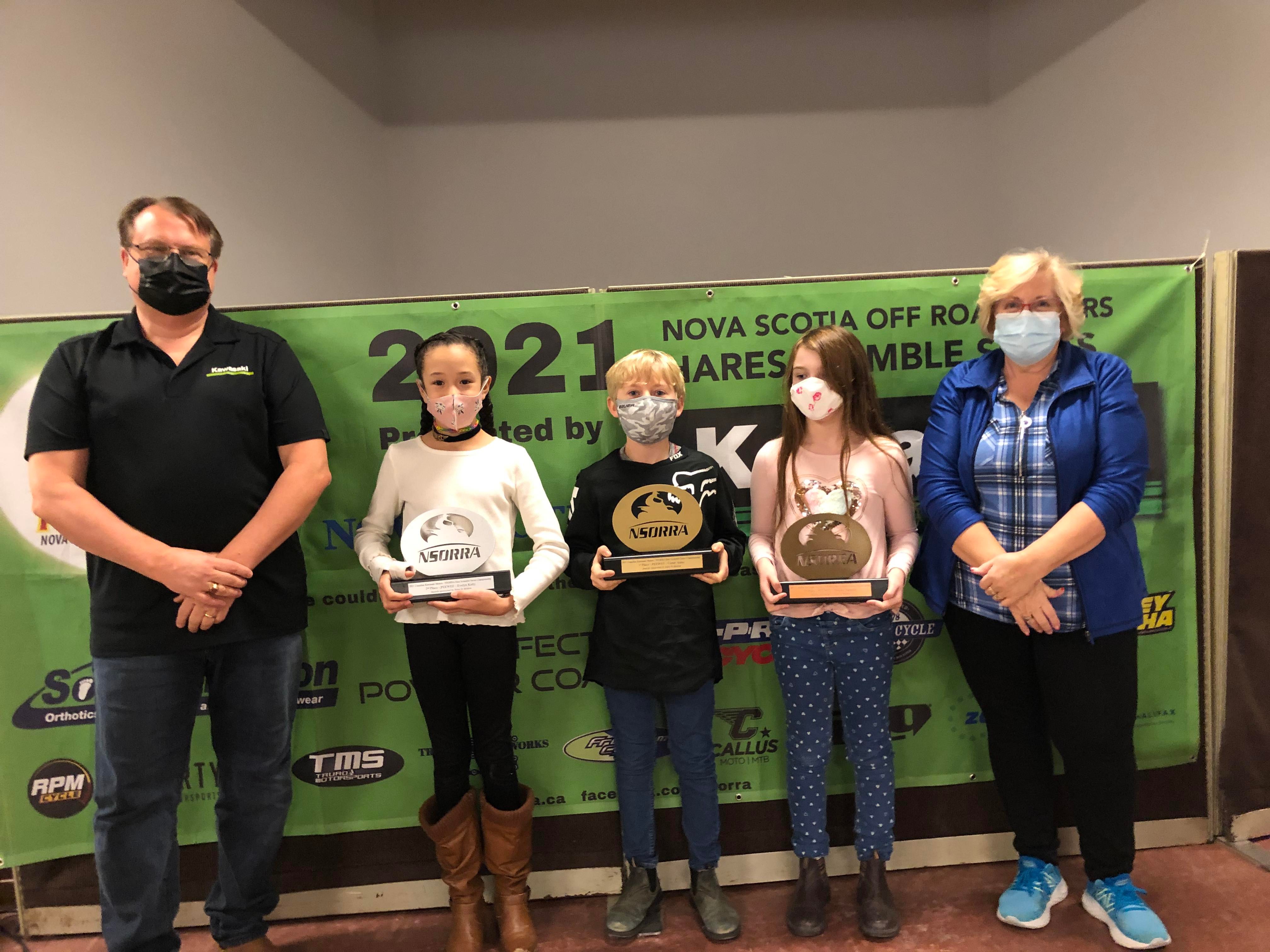 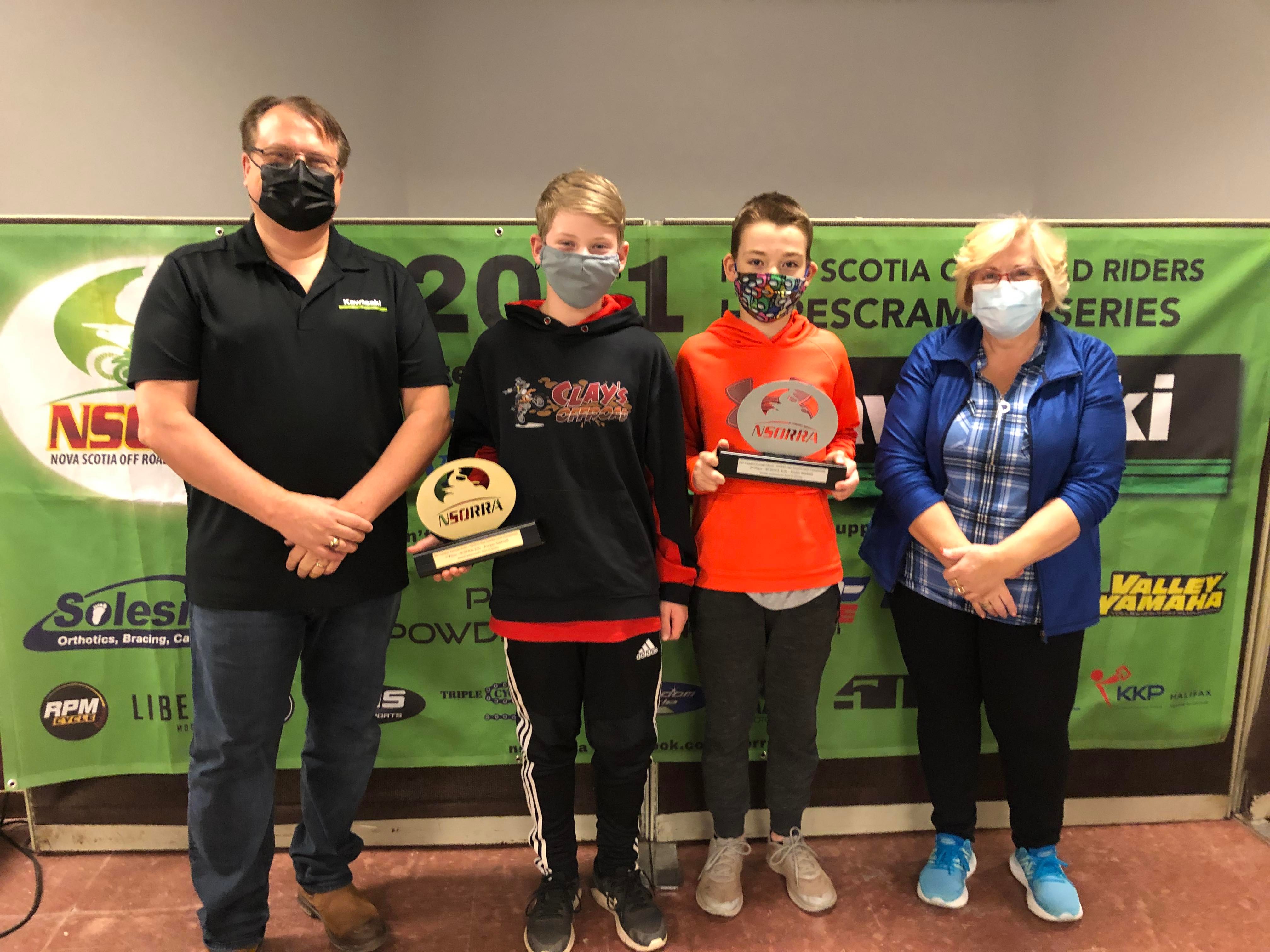 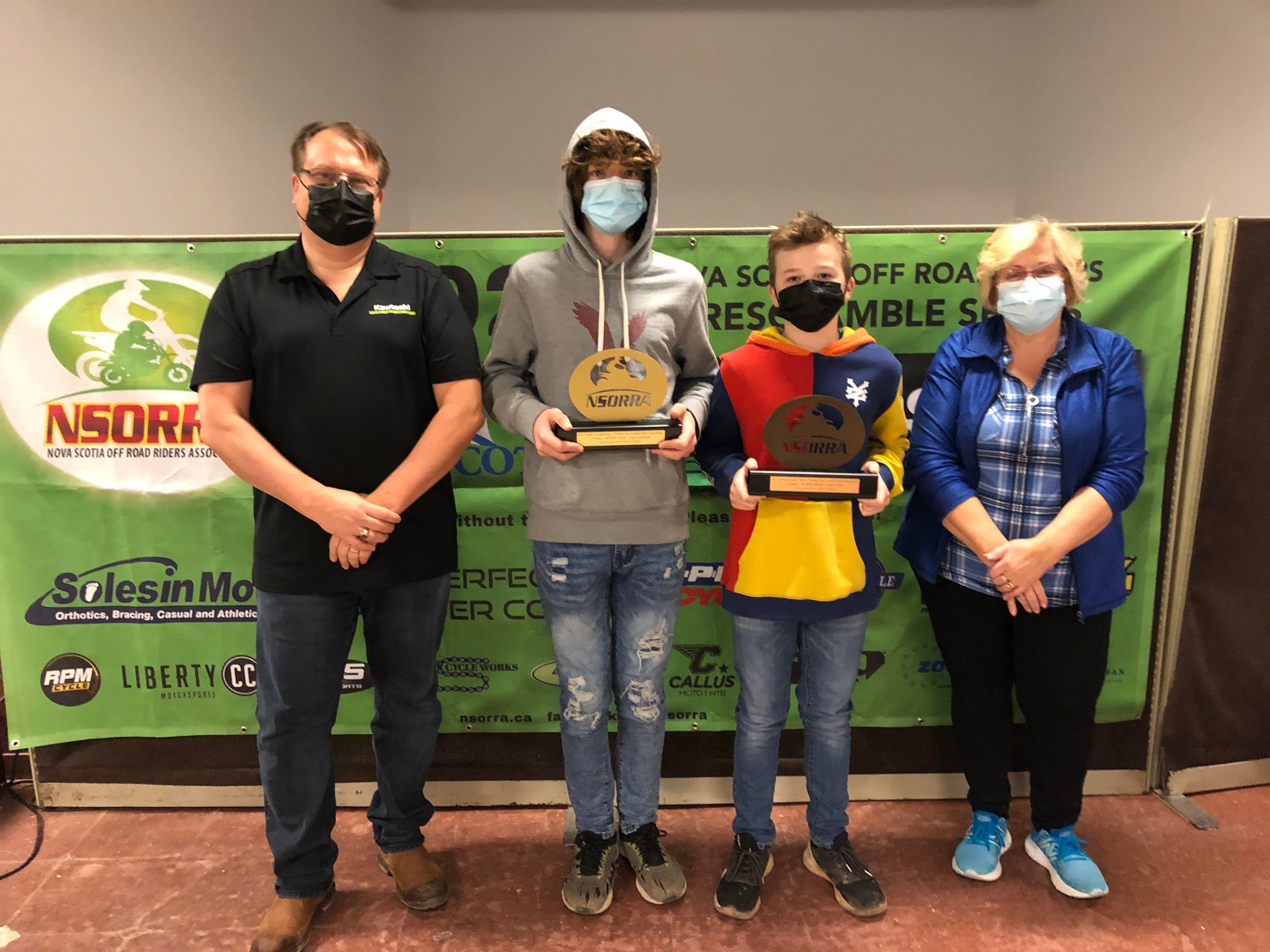 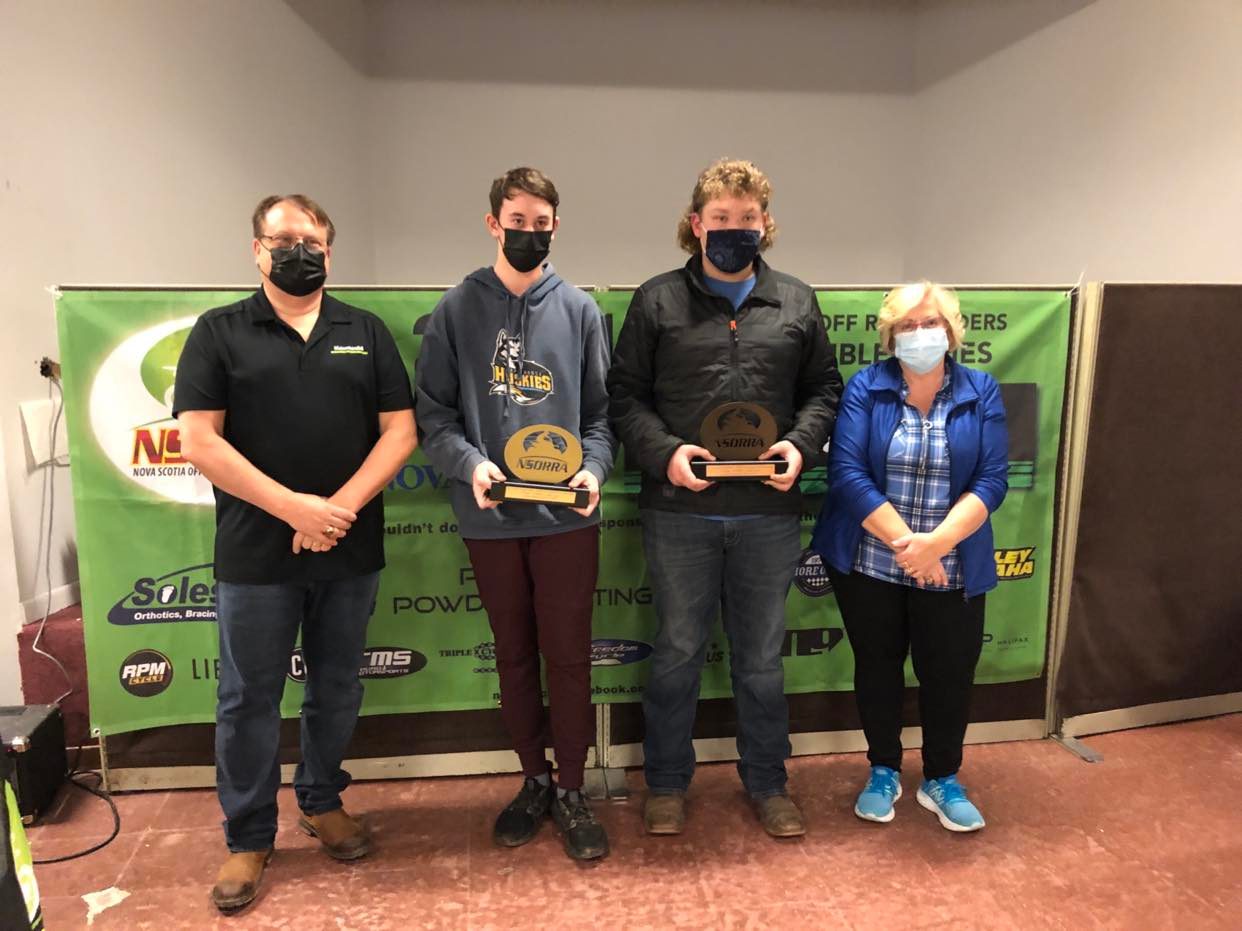 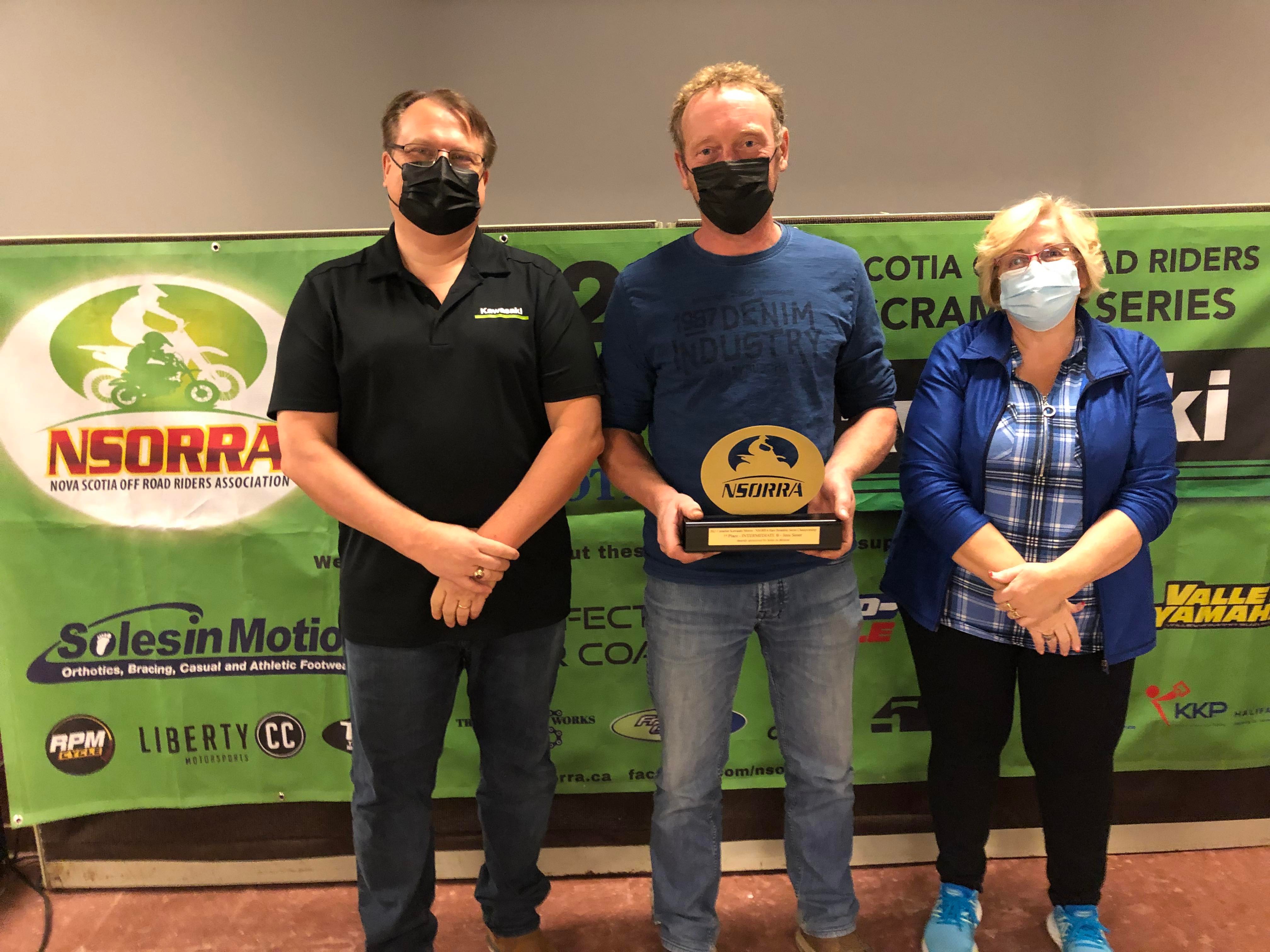 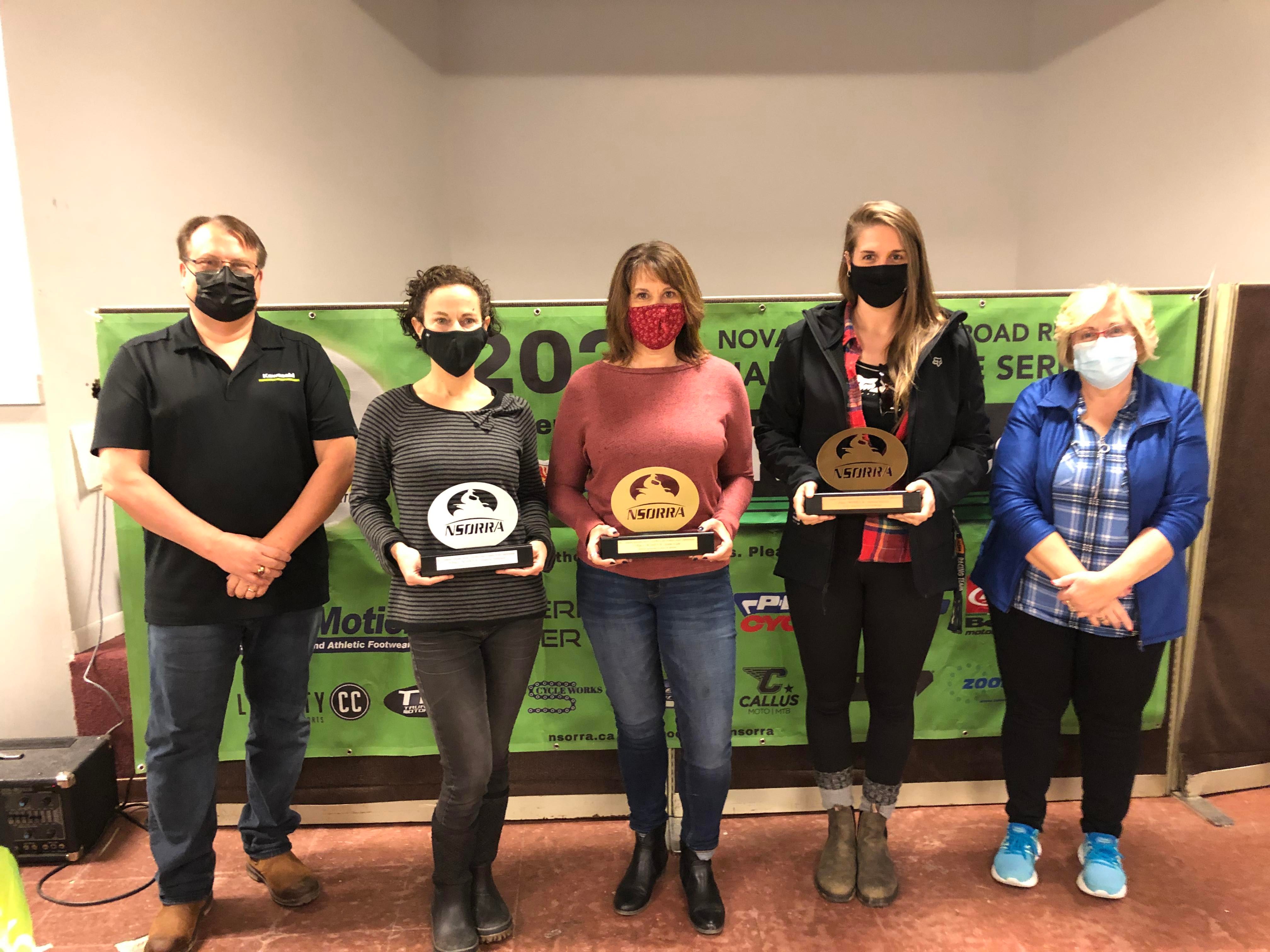 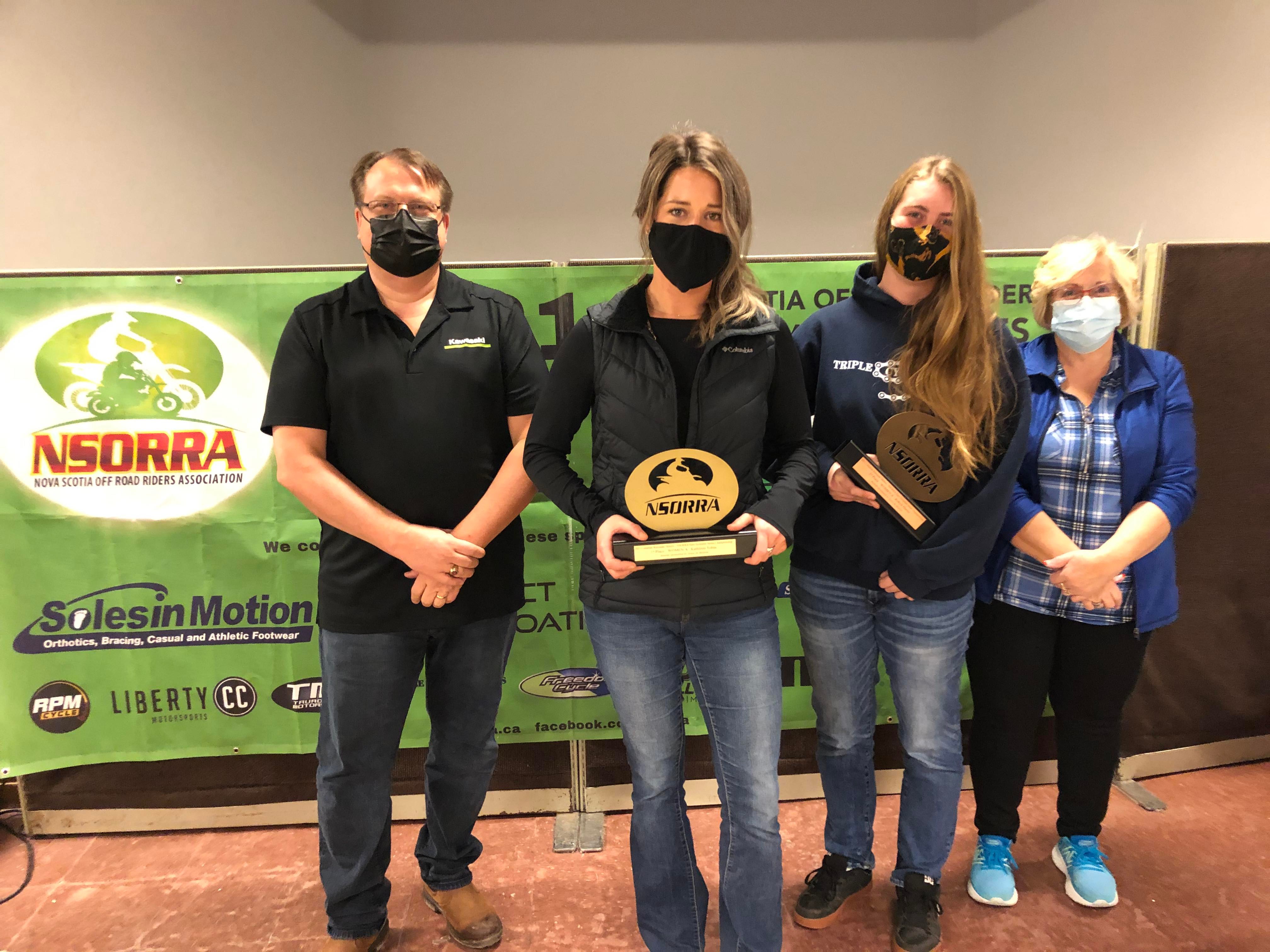 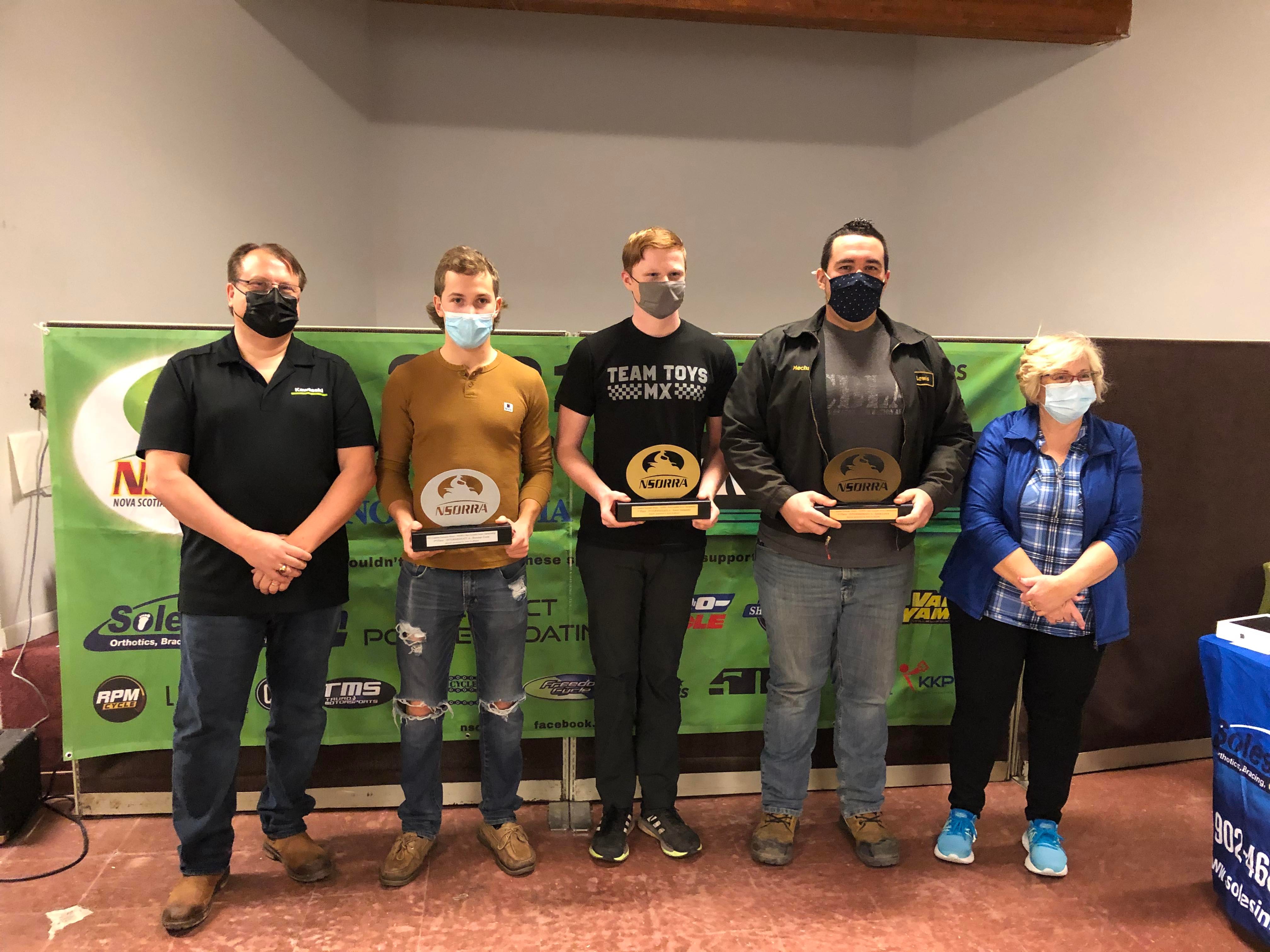 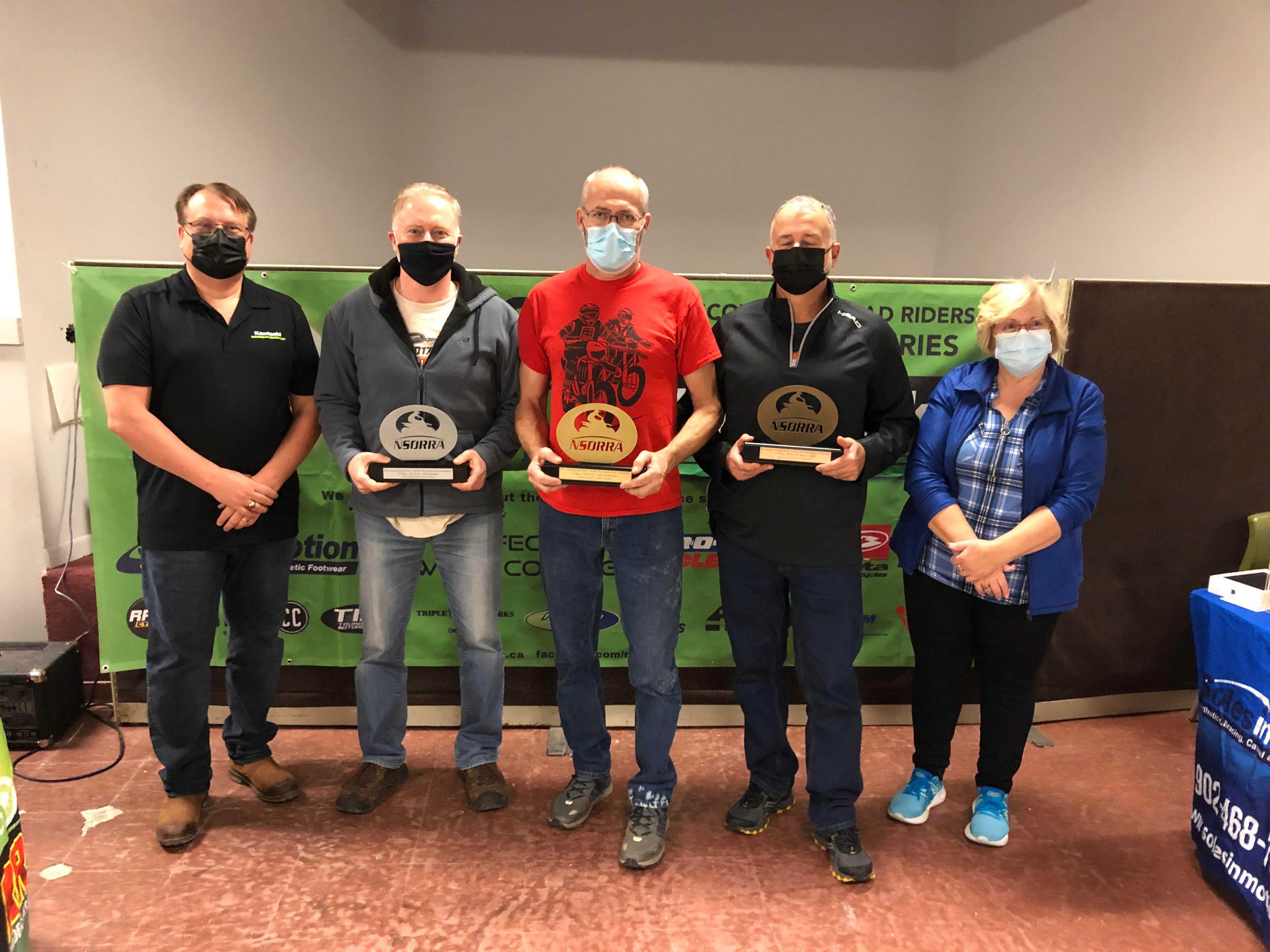 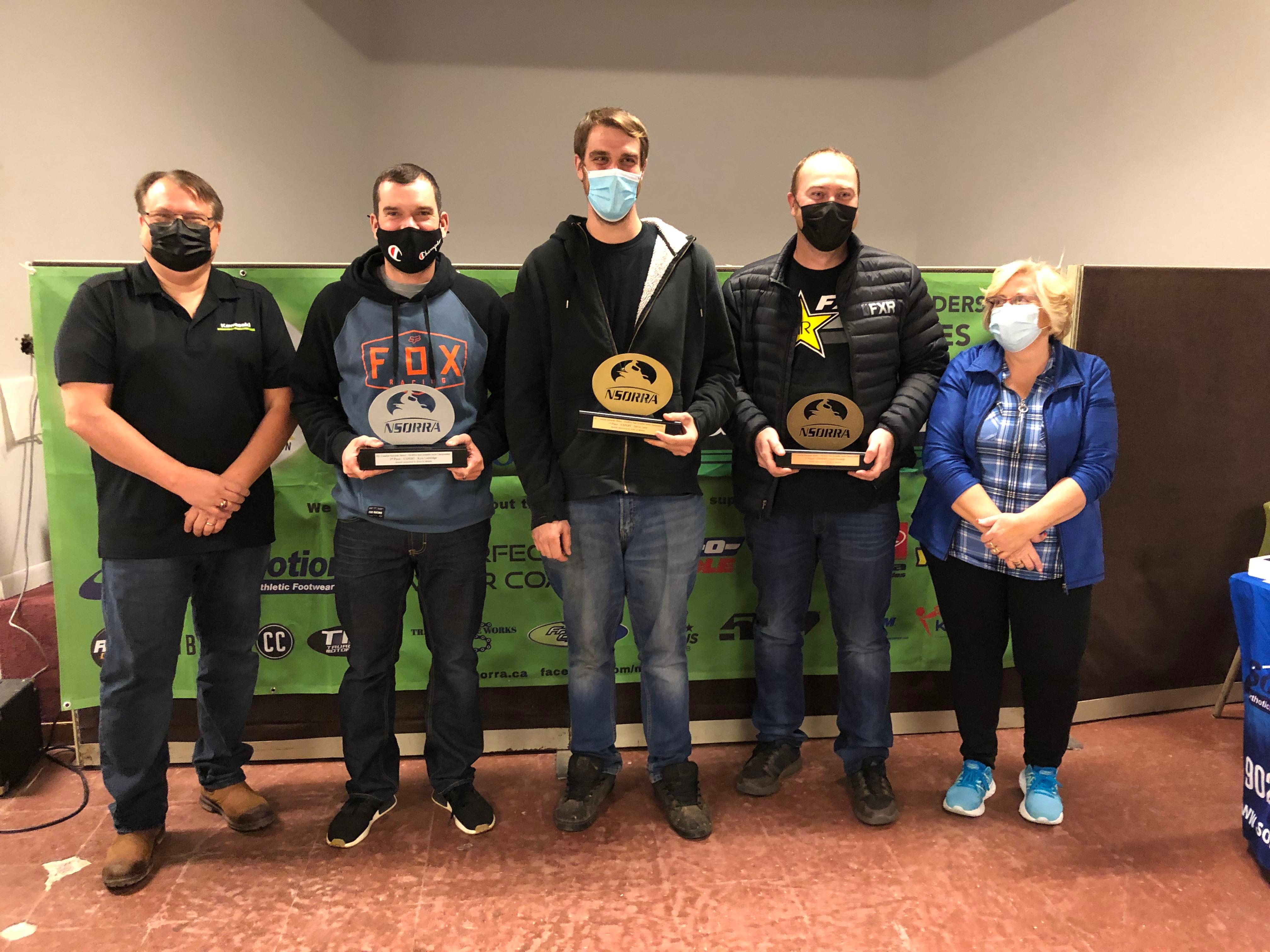 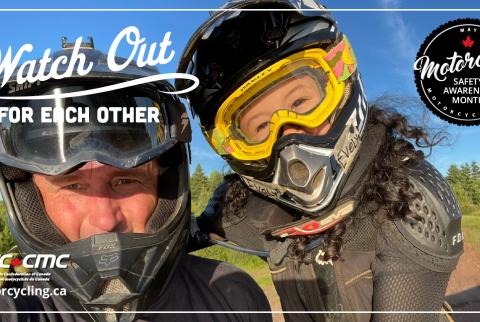